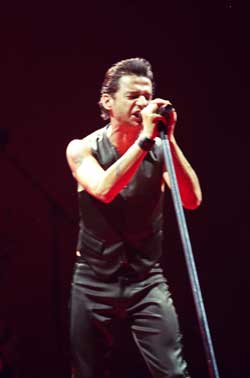 [tag]Depeche Mode[/tag] frontman Dave Gahan has signed a record deal with Mute Records, for his follow up to his first solo album Paper Monsters.

His second album, dubbed Hourglass, is set to be released in late October (exact date will be announced soon). The recordings were held in Dave’s own studio 1th Floor Studios in New York, with the help of Christian Eigner (drums) and Andrew Phillpott (bass and guitars), members of Depeche Mode’s touring band.

Also dave said that this will be a more eletronic-sounding record then Paper Monsters.