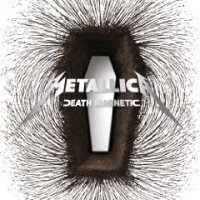 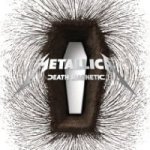 So we have it ladies and gentleman guys, the highly expected and anticipated back to the roots oh-my-god-will-it-suck Metallica album is here. While I will get into technicalities, and both objective and subjective opinions, there’s something you people who are really in a hurry need to know; it doesn’t suck. It’s not as shitty as bad as St. Anger, but it will not stand in your library along with Master of Puppets and …And Justice for All. It’s a rebound album, a sign that things are going the right way, but it’s also a sign that Metallica is by no means as fast, heavy and destructive as they were 20 years ago or more. It’s also the first album they released with Robert Trujillo, who actually contributed actively to the writing part of the album too, and he didn’t do a bad job. Still, the fact that guitarist Kirk Hammet didn’t get very involved in that process due to the fact that his wife was pregnant is not really hard to see, but he really solos, and really does it well. The riffs are hard, dark and heavy, but they are reminiscent of their old days; they are not as they were in the old days. Perhaps the flaw of this album is that they tried and wanted so much, so hard to go back to their roots and sound like Metallica that they forgot how Metallica sounded like, and why it sounded that way. Here’s what good friend of Lars, Velvet Revolver drummer Matt Sorum has to say about the album:

Lars is a good friend of mine. He played me the demos from San Francisco, and I turned and looked at him and I said, ‘Master that shit and put it out.’ It’s ridiculous. The demos were sick. Eight-minute songs, all these tempo changes, crazy fast. It’s like, ‘Dude, don’t get slower when you get older, but don’t get faster!? How are you gonna play this live?’ And then me and Lars were out partying all night, and he had to go in the studio the next day and do this stupid like nine- or ten-minute song, and I was laughing at him — because he played me the demo of it, and it was [sings really fast drum part], so fast. I called him, and said, ‘Dude, how are you feeling?’ He was like, ‘Dude, I’m hurting.’ They’re cutting everything to tape, no fuckin’ Pro Tools — live, no clicks.

While it has to be said that Bob Rock has the credit of holding together a band, he’s also the reason why so many people believe Metallica are sell outs; well, actually they believe that because they are sell outs (in a way), but Bob Rock definitely played a role in that. Rick Rubin tried a different approach, in which he told the band members to get in the studio and leave the thinking behind, and just play, giving themselves into the primal instincts. This is the brilliant way he managed to awake the giant, in an impressive act of aggresion that no longer follows the redundant structure of St. Anger (verse/chorus/verse/chorus/solo), but just throws you into seven or more minute wild and heavy riffs and jams, in a wild and disorganised structure that well…. rocks.

That Was Just Your Life is a great start for the album, getting you into the feel of the album and letting you know from the start that this is not St. Anger. Still, I was expecting things to go better and better from that point on, but they went just a bit better, not that much. So, the tracks are long but not boring by any means, yet they just don’t explode. For example, The End of the Line has some really great riffs, but instead of leaving a hard finish or just blowing things up with a solo or something, they use this slow clean interlude, which just doesn’t work. Broken, Beaten and Scarred again leaves you wanting more and more, giving you that feel that they were just afraid to go over the line and making things absolutely wild. The Day That Never Comes is the radio friendly single, but it doesn’t even get close to Nothing Else Matters or One. It has a good feel, and it was definitely a needed track. When you get to All Nightmare Long, things start to improve a bit again; really great chorus, and overall great tune, probably will do great when performed live. Cyanide is another thrasy song, but again the clean part just doesn’t fit in. The Unforgiven III was perhaps the biggest dissapointment; could we please change the name of this song?? It really just doesn’t live up to its name. The Judas Kiss works just great, being the song that stands out the most, and probably the only tune from this album that has a chance of becoming a part of their normal setlist. After such a great tune, I was kind of worried that a weaker one would follow, but Suicide and Redemption doesn’t go down one bit. Also, neither does the closer My Apocalypse. Instead of a classic slower epic album ending, we get the fast thrash brutal song, which is sure to give any aspiring guitarist pain in their fingers.

The album is hard, bone crushing, epic, but just feels that they given ninety nine of what they could give. This is the Metallica Renaissance people, it’s probably the best record they released in the last fifteen years and it’s just what they needed to keep the old fans, and perhaps get some new ones, because as far as I’m concerned, they don’t make metal the way they did 20 years ago. In those days, this album would have been a good one, no more, no less, but by today’s standards, it’s just great. Also, the lot of fast, technical and long thrash songs will definitely keep remain in the metal top of the 2000s, but I seriously doubt the album, or any of the songs will be remembered as Metallica classics. Despite the fact that James sings somewhat in a higher register, he sounds really great, but the lyrics are not that great. So it’s metal, it’s fast, it’s heavy, but not a classic.