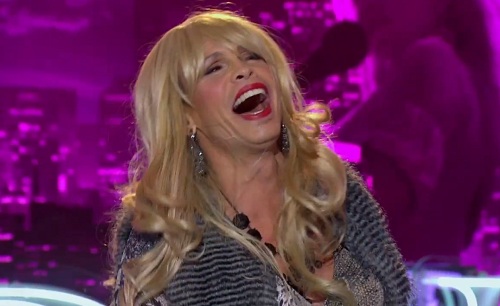 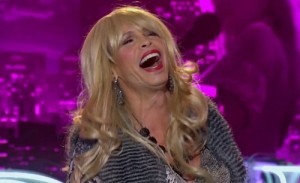 Source. Believe it or not, this is Steven Tyler

Steven Tyler appears at a audition for American Idol dressed in a mini skirt and with a blonde wig, claiming that his hame is Pepper LaBeija (after the famous drag queen from best known for acting in the movie: Paris Is Burning).

Even though Tyler used to be part of the jury for the last two American Idol season, it took a short time  for Keith Urban, Mariah Carey and Nicki Minaj to realize who actually was the sexy-blonde lady.

The new Aerosmith’s album, Music From Another Dimension, was released on 2nd November 2012 and everybody can order it from their official website.