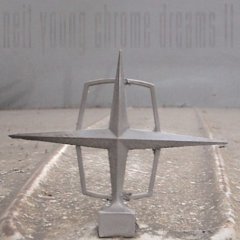 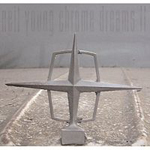 Artist such as Neil Young are born to rarely. The Canadian singer-songwriter, guitarist, and film director is known for the lyrics he makes and his distinctive guitar work. His signature nasal tenor (and frequently alto) singing voice appears to be on the verge of tears. The way he uses his voice and glides over the music has fascinated people for more than forty years. He has the ability to sing numerous styles such as swing, jazz, rockabilly, blues, and electronica but he is known to the masses for folk accoustic rock and hard rock.

The releases is a sequel to Chrome Dreams, a legendary NY album from 1977 which was not released. It was shelved in favor of another release. It features the ensemble of Crazy Horse drummer Ralph Molina, pedal steel guitarist and dobro player Ben Keith (Harvest, Comes A Time, Harvest Moon) and bassist Rick Rosas (Freedom, Living With War, This Note’s for You). This is what the artist believes.

“It’s an album with a form based on some of my original recordings, with a large variety of songs, rather than one specific type of song. Where Living with War and Everybody’s Rockin’ were albums focused on one subject or style, Chrome Dreams II is more like After the Gold Rush or Freedom, with different types of songs working together to form a feeling. Now that radio formats are not as influential as they once were, it’s easier to release an album that crosses all formats with a message that runs through the whole thing, regardless of the type of song or sound. Some early listeners have said that this album is positive and spiritual. I like to think it focuses on the human condition. Like many of my recordings, this one draws on earlier material here and there. I used to do that a lot back in the day. Some songs, like ‘Ordinary People,’ need to wait for the right time. I think now is the right time for that song and it lives well with the new songs I have written in the past few months. I had a blast making this music.”.

The CD starts out like a classic old time Neil Young which gets you in the groove with melodic, sentimental lyrics; “If heaven had a window were the sun came shinning through, Like a beautiful Blue Bird I will come flying back to you.”. Then he goes for an electric feel and this is going to be the dominant feel for the CD. But the bad thing is that some tracks could probably use some editing; “No Hidden Path” sounds strange because of that. The artist has a defiant plan to release as a single the 18-minute epic ‘Ordinary People’. It is a slow electric rock which features one of the better guitar solos he has made. The lyrics are clever and sarcastic. A lovely track and it would take more than 18 minutes to talk about it so it is better that you listen to it. “The Way” closes the album and it is a great way to do this. It has a children’s choir and Young’s own childlike voice makes the lyrics sound even greater than they are.

There are no goundbreaking tracks here and you are not going to listen to Powderfinger or Hurricane. This is a great release by probably an artist who is eclectic and has managed to make great stuff in any genre he tries. This release is Young’s finest work in years.