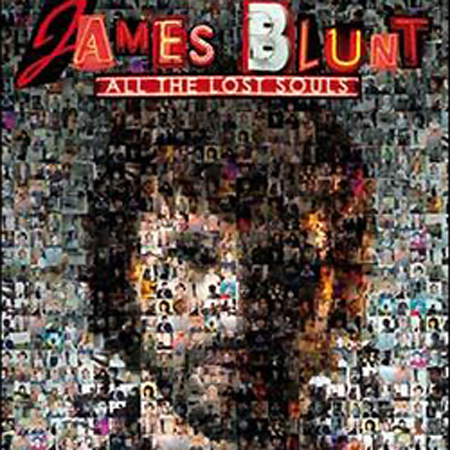 As some of you may know, pop super boy [tag]James Blunt[/tag], is planning to release his second full length studio album called “All the Lost Souls“, after the his debut smashing hit record “Back To Bedlam“, the record of the millennium from a sales point of view. The LP release date is set for September 17, 2007 and so far a total of 6 tracks have been confirmed (1973; Annie; I Really Want You; Same Mistake; I Can’t Hear the Music; I’ll Take Everything), but that’s not i’m writing this post. I’m writing this post to let you all know that, despite i dislike Mister Blunt’s music to a degree of hate, i have to admit his cover art is absolutely breath taking.

Here’s what Victoria Newton of The Sun had to say about Blunt’s latest future album caption:

THE cover of JAMES BLUNT’s new CD All The Lost Souls is the best I’ve seen for years.

Hundreds of snaps of James – from babyhood to megastar – are used to make a collage of his face on the album, which will be released on September 17.