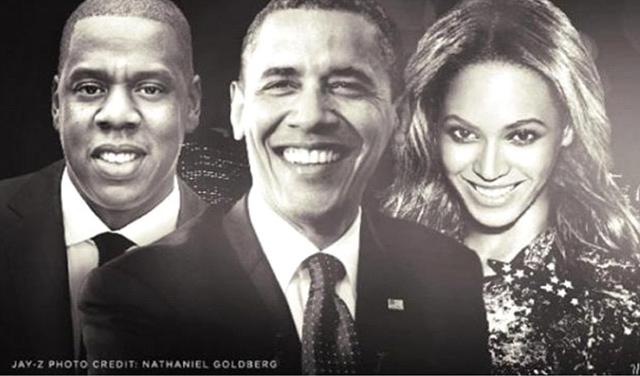 Source. From left to right: Jay-Z, Barack Obama and Beyonce. 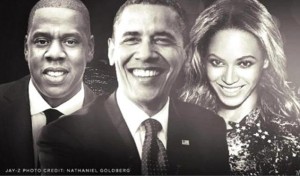 Source. From left to right: Jay-Z, Barack Obama and Beyonce.

During an interview with Ohio radio station Z1079, Obama claims that he and Jay-Z are really good friends, and talks very nicely about him and his wife, Beyonce. Actually the entire Obama family are friends with Jay and Queen B.

He talks about having discussions with Jay about raising the baby and tried to make sure that he gets involved in this process by not letting Beyonce and her mother taking care of the newborn by themselves:

I’ve gotten to know these guys over the first several years. They’re good people. Beyonce could not be sweeter to Michelle and the girls. So they’re good friends. We talk about the same things I talk about with all my friends. I made sure that Jay-Z was helping Beyonce out [with the baby], and not leaving it all with Beyonce and the mother-in-law.

Jay-Z and Beyonce hosted a fundraiser at the New York City night club, and really got involved in supporting Obama,  and even though Beyonce tried to stay out of politics in the past, now it seems she changed her mind.
Here you can listen to the entire interview with Barack Obama.