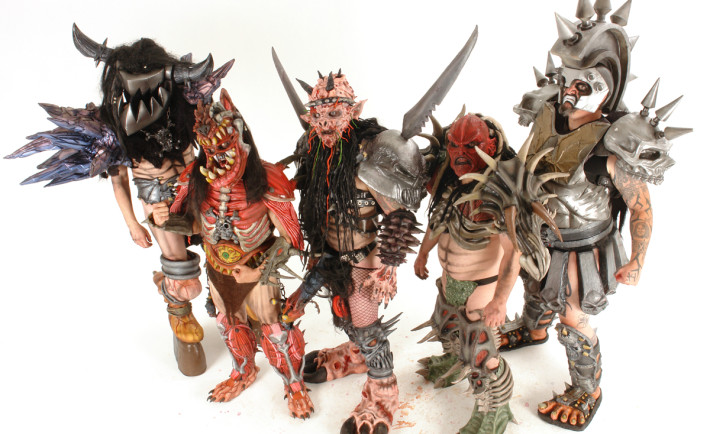 Source. GWAR or some World of Warcraft hideous characters. 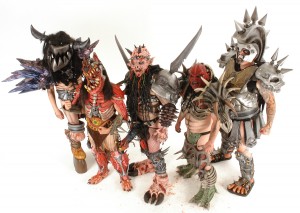 Source. GWAR or some World of Warcraft hideous characters.

Well, GWAR is a satirical heavy metal band formed back in 1986 (i bet you wouldn’t expect that), and they are actually known for their ugly/sci-fi/horror/ costumes and obscene graphic stage performance (I can see where Lady Gaga got her inspiration for Born This Way video). They actually sound really nice ( in a very grotesque way) if your into this kind of rock music, even if, from my point of view,  they look like some hideous World of Warcraft characters.

Recently, in an interview for Broward Palm Beach New Times, the GWAR’s frontman David Brockie, or may I say Oderus Urungus, talks about how they influenced other well known bands when asked why aren’t they as shocking as they used to be:

A lot of bands have tried to do what GWAR does. But no band has ever taken it as far as GWAR has. No one has ever out-sicked us. You think these Walmart behemoths of the music industry like Marilyn Manson or Rob Zombie are really scary people? That they have any kind of revolutionary agenda? All they care about is making money, and hanging out with their director buddies as they throw gala award ceremonies to circle jerk each other into a frenzy. GWAR is where GWAR should be: In the drawer marked filth.

But wait, that’s not all, David continues this, kind of irritated:

There would not be Slipknot without GWAR. I have a direct quote from Rob Zombie about Gwar when he was figuring out what he wanted to do with his career. They asked him, “Hey what do you think of them?” and he said, “The first time I saw GWAR, I thought ‘I want to be that, but I want to make money.'” That to me says a lot about Rob Zombie as an artist. It says that he isn’t one.

And as if this wasn’t enough, he throws this offending words:

Rob Zombie is a tired, G-Rated, mishmash of other people’s styles. When I see Slipknot I see lots of pentagrams and cow skulls. Really familiar imagery. What I do like about Sliptknot is there music. Their drummer is fucking amazing. But when I get to Marilyn Manson, he’s a little harder to peg. A little Alice Cooper, a little Bowie, a little Johnny Rotten.

I think that what he really meant was actually: oh, look at me, I’m really bad and evil, and I have a great band that everybody copies; or this is what my mommy said, but never mind I’m cool all the other bands suck.
The rest of the interview, you can read for yourself I’ve got enough of this b******t, a respectful band will never offend other artists and act like that just because they had a lot of time since their first performance and haven’t become as successful as they wanted to be. Don’t get me wrong, I like the way they sound, and maybe they influenced bands like Lordi, but I don’t really think that this is an attitude for someone with a past – or a future – in the music industry. What do you guys think?