Photo by Matthew Field
As previously reported the Californian super group [tag]Queens of the Stone Age[/tag] was set to play a gig in the cold deeps of a German salt mine. The concert took place, in front of a small and intimate crowd, on November 20, where the band played live 700 meters underground. The initial press release reported that the band was going to play a never before performed live track, but haven’t heart any news of that being true, frankly I’m a big fan and I can say they’ve played almost all their songs live; excluding B sides though. Hope I get the setlist soon, I’ll keep your posted if so. If you’re a bit familiar then watch the bellow TV report, from a German local television program, that features some parts of the show, a mini interview with Josh (it’s subbed) and a salt mine presentation.

And the gig teaser.

Oh and recently a interview Josh Homme was conducted, over the phone, by antiquiet, in which Josh does a bit of Interscope bashing (it doesn’t get any better then this), a bit of In Ranbows talk (hint: he loves it, add that to the label ranting and you never know…) and other miscellaneous small talk. You can find a snippet from the i-view bellow, check out the rest here.

Antiquiet: When more big bands get free of their contracts and start to do it their own way, how do you think the labels are going to react to losing their grip on what’s been their cash cow for so long?
Josh Homme: Fuck the labels man, they suck. The last thing they’re stripping down is their own expense accounts and shit. I mean, Jimmy Iovine of Interscope records takes a private jet or rides first class to tell a band they don’t get tour support. You know what I mean? Fuck that shit, I’m tired of it. And I’m not gonna be quiet because the American label, not Canada, not Europe, but our American label’s fucking us like crazy, so fuck them. Why should I not say anything, what am I afraid of? I’m not afraid of them. One of the things most notable about us is how we work. You could not like the music, you can do anything you want, but we work and there’s no changing that fact. And all I want to do is what we agreed upon. And I’m not even bitter, people say labels are evil, no. They’re just lame. I can’t download my music from the Interscope website, because they gave that power away to iTunes. 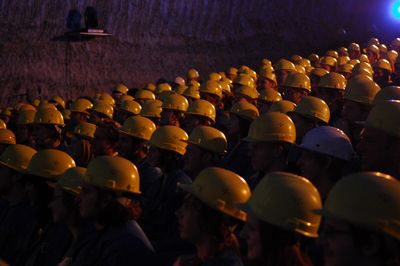 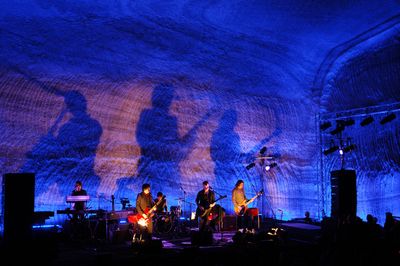 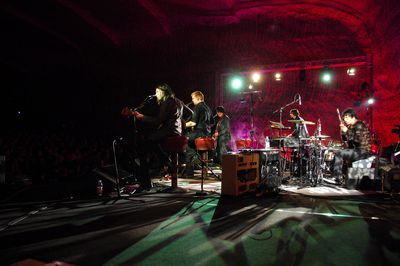