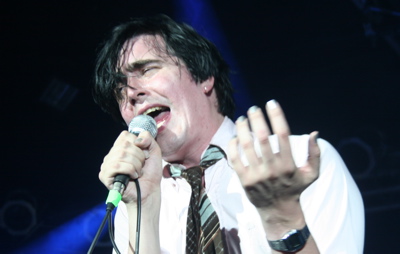 [tag]Art Brut[/tag] and its sophomore release, It’s A Bit Complicated, have certainly been one  of my favorites this year, but I was really blown away when I started watching their live gigs on the telly and on the web. I myself haven’t ever attended in person one of their live shows, but apparently the band are making it possible for me to finally see them in the flesh, as they’ve announced the venues and dates of their forthcoming 2008 European tour. No love for the US fro now.

Before  hitting the UK at the end of January, Art Brut will embark on a short trek in the outback, where they’ll be playing starting from December 15th, until the 19th, when they’ll play their last gig in Australia. Art Brut tour dates after the jump.