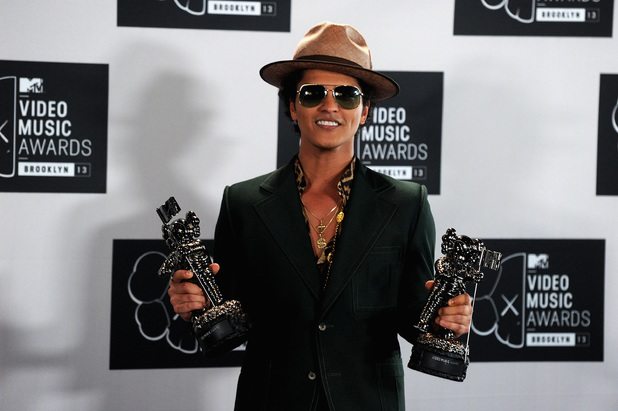 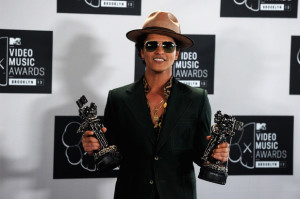 Source Bruno Mars at the VMA’s

Oops! What is it with the VMAs that makes Kanye channel his inner troll? If for some reason you’ve been living in a cave and you don’t know what I mean by ‘again’, I’ll to refresh your memory with Kanye’s appearance when Taylor Swift won her VMA in 2009 (just check out the video here). This time is not about Taylor anymore, it’s about Bruno Mars. Apparently Kanye hates the fact that Bruno won “all the awards”, which were actually only two at the latest MTV VMA’s. The artist complained about this fact during his Yeezus tour performance, at Brooklyn’s Barclays Center, where this year’s VMA’s were actually held.

When I went to the MTV awards, Rick Rubin hit me, he said, ‘are you performing at the MTV awards?’ I was like, ‘yeah.’ He said, ‘look man, just do your song and leave.’ Sure enough, I’m sitting there, I’m tryna enjoy motherfuckers performing and shit. I see Bruno Mars perform… And then they start giving out awards and shit. And Bruno Mars won all the motherfucking awards and shit! And I was just thinking about what Rick Rubin told me, ’cause I don’t give no fuck about no TV show!

You can check out the full complaining in the video below:

Bruno Mars – the man of the moment

The reason why Kanye raged so hard is that as good as he’s doing at the moment (and he is doing really good), it just feels like he’s no longer the man of the moment – something which can’t be said about Bruno Mars. Actually, Bruno only won two awards: His “Locked Out of Heaven” vid won in the Best Male Video category and “Treasure” got him a Moonman in the non-televised Best Choreography category. Actually recently People magazine announced that Bruno is one of the sexiest men alive of 2013.

“Can’t no mother—-ing networks try to gas everybody up so they can sell some product with the prettiest mother—-er out,” Kanye barked.

Oh, and he’s still hung up on that whole Beyonce thing.

“I still ain’t see a video better than Beyoncé video ’till this mother—-ing day.”

Meanwhile, Bruno is yet to release any other album since 2012’s work – Unorthodox Jukebox. However, you can catch him live these days, as he’s currently touring in Great Britain. Bruno Mars tickets can be found here.
Below you can watch the artist’s latest video released last month for the song Gorilla. Enjoy!