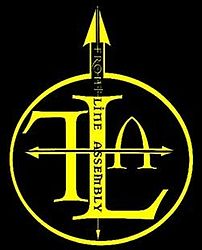 One of my favorite industrial/EBM bands just announced that they are streaming their upcoming album, Echogenetic,  in full. The album is going to be released tomorrow, 9th July,so we are lucky to hear it before its release.

The band is also on tour, you might wanna check out the tour dates and grab a ticket in order to listen to these guys live:

After listening the whole album, I just realized that I want to listen to it again, and I have to say that my favorite song from this album is Blood, maybe because I like the lyrics or the whole vibe. So, tell me, which one is your favorite?