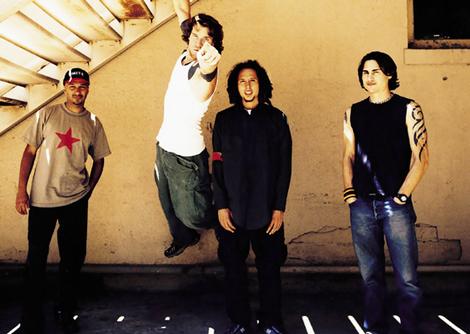 Last year’s UK Christmas number one single was surprisingly topped by Rage Against The Machine‘s 1992 anthem against oppression “Killing in the Name“, as a result of the valiant effort put down by the UK populace to break the X-Factor streak of countless insipid years. Naturally, the band totally appreciated this and have decided to book a gig at London’s Finsbury Park where RATM is set to perform live absolutely free of charge. All that was required from participants was for them to officially register in full detail, including passport-style photo as well as the same information for the person accompanying them, as tickets came in two. This was necessary, of course, to warn off possible hit and runs that might have left more deserving fans without a seat.

The registration took place last week when ~112,000 people registered. The concert is scheduled on June 6th, and tickets will be awarded this Wednesday, Feb 17th, via a rolling lottery system. This means each person has an one out of three chance of actually attending.

RATM’s Finsbury Park gig isn’t the only one mapped for this summer either, since a show in Dublin has already been announced for June 8 with more expected to follow.