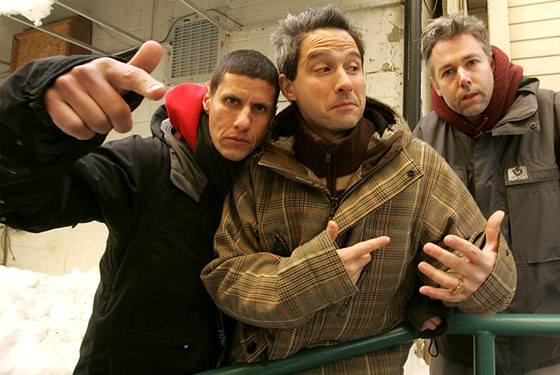 I wasn’t left very much impressed by Beastie Boys‘ last album, the all instrumental The Mix-up. Sure, it had some really nice beats, on which you could easily groove to, but at the same time it kinda felt a bit repetitive. My more or less disappointment was caused, however, by the sentiment of loathing  for more of the same material present on  Beastie Boys’ extraordinary 2004 effort, To The 5 Borrows – a truly memorable record, worthy of BB etiquette. You can imagine my excitement, as that of any other BBs fan, when I read that the trio’s new album will be making its move on us soon, recently being given a name, interestingly dubbed “Hot Sauce Committee.” News on either release date or a  possible track list have been yet to be released, though, but rumors have it recordings are almost complete and a late’09, early ’10 release is most probable.

A long time, I know. ‘Till then ch-ch-check out the video bellow.