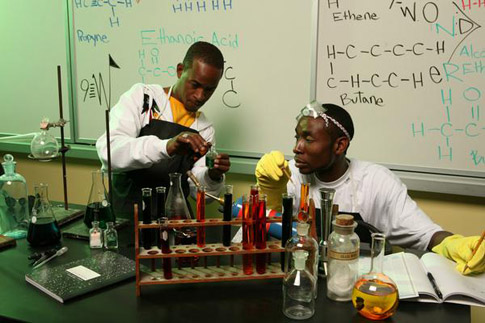 One of the most notorious underground MC, the legendary Buckshot (Boot Camp Clik), is teaming once again, for the second time, with uber-producer 9th Wonder (Little Brother) on the duo’s second album called “The Formula.” The duo released their first project in 2005, entitled “Chemistry“, as part of Duck Down Record’s “Triple Threat” Campaign, which also showcased albums from Sean Price Monkey Barz and Smif N Wessun, Reloaded and Chemistry is now the highest selling album from the campaign. When it came time to name their second collaborative opus, that gets out on April 15th 2008,Buckshot lamented it was an easy choice.

“Every song is dealing with a topic. Each track specifically has a Formula, hence where the title of the album came from. I am The Formula and I found The Formula with 9th Wonder. I’ve always had a certain sound within Hip-Hop and 9th Wonder helps bring out my unique style. We share a comfort level that allows me to be at ease when it comes to recording and that natural sound translates into great music.”

While The Formula’s lead-single, “Go All Out,” featuring Carlitta Durand, is already making waves, the video for the single will feature Charlie Murphy in a series of skits with Buckshot. Two-other videos for The Formula have already been shot as well, “Hold It Down,” feat. Talib Kweli and the LP’s title track “The Formula” which will feature 3D animation.

For some real taste of Buckshot, fans can watch Buckshot live in concert this year at the SXSW Music Conference, the “Paid Dues Festival” in LA (March) and as part of Duck Down’s USA Summer Label Tour, which will touch down in over 35 major cities.