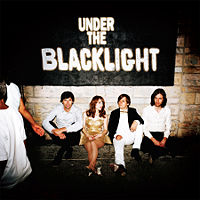 After we were endorsed with a few teasers from [tag]Rilo Kiley[/tag]’s new record Under The Blacklight, like The Moneymaker and Silver Lining, it’s now time for the real thing. The band has posted the whole album on their MySpace and is now available for streaming. I’ve listened to it a few times so far, and it’s a so so record, with a few great tracks (“Silver Lining”, “Dreamworld”), but some terrible ones as well (“Smoke Detector”, “The Angels Hung Around”. It’s clear that they went for something different, it doesn’t come any close to their previous work like “The Execution Of All Things”, but it’s a fun record all round. Under The Blacklight will be out on August 21 in the US.