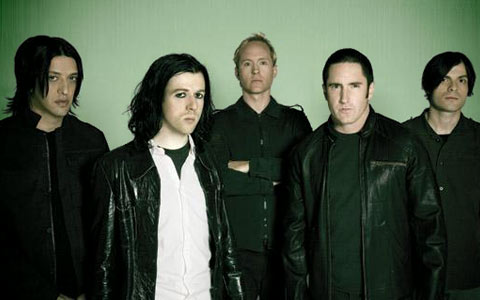 OK, this is getting pretty preposterous. Just a few months ago, Trent Reznor and his Nine Inch Nails, released their latest studio effort, the 36 track long instrumental album Ghosts. The album was released in numerous formats, mostly digital, of which one was free (7 tracks long) and was more or less well received. Now, it seems the band are back with a new album, just a dozen weeks after NIN released their previous record, titled The Slip. And guess what, it’s as free as a bird to download.

This after subsequently Trent released the album’s first single, Discipline, as a free digital download on the band’s website and urged people to get back on nin.com on May 5th. Something big was definitely about to happened, but I don’t know if anyway was really thinking about anything like this. I mean holly fuck, right?

as a thank you to our fans for your continued support, we are giving away the new nine inch nails album one hundred percent free, exclusively via nin.com.

the music is available in a variety of formats including high-quality MP3, FLAC or M4A lossless at CD quality and even higher-than-CD quality 24/96 WAVE. your link will include all options – all free. all downloads include a PDF with artwork and credits.

for those of you interested in physical products, fear not. we plan to make a version of this release available on CD and vinyl in july. details coming soon.

Well that’s very generous of you, Trent. But isn’t this really too much material? Sure, being free agents, NIN are free from any deadlines, release date or boundaries of any kind, which any other band signed to a label, has to endure. Don’t get me wrong, I’m a firm believer and supporter for new music and I always encourage it, when I get the chance, however, I feel like new material from artists should be released at a more manageable pace. The music needs to be properly digested by the listener and of course there’s the issue of quality. I’m half way through the album and I’m yet to be impressed by it. Anyway this is yet another progress in the fight against labels and their oppression against bands. For that I salute you, Trent!

Also, NIN have announced a North American tour for this summer, with a set of pretty unusual openers, like the indie stars Deerhunter, Crystal Castles, A Place to Bury Strangers and Does It Offend You, Yeah? Tickets go  on presale for NIN.com users here. Quite interesting times to be a NIN fan. Anyway, check out the tracklist for The Slip and tour dates after the jump.

* with Crystal Castles
! with Deerhunter
# with A Place to Bury Strangers
$ with Does It Offend You, Yeah?
& with White Williams