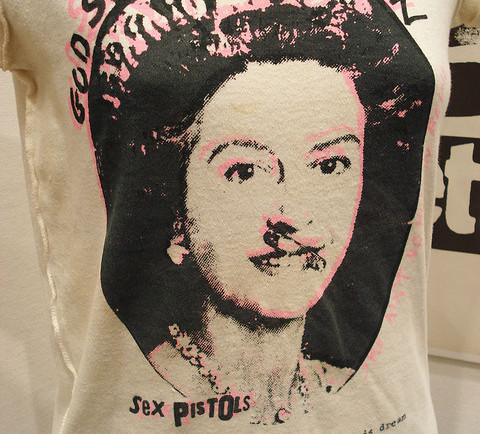 Are you a classic? Or a modern retro? No matter what, be cool about being you! Classic Retro UK T-shirts are where it’s at today. There is an enormous range of choices available online, or you can even do your own t shirt printing creating personalised t shirts from online retro UK graphics. Be it the Sex Pistols of the 70s or Acid House of the 80s, everybody can relate to a band or musical genre, and people usually like to publicly identify themselves with this. Here’s a view upon three of the most popular retro graphic T-shirts, you would have probably seen everywhere you went 30 years ago.

The Classic Smiley T Shirt from 1988 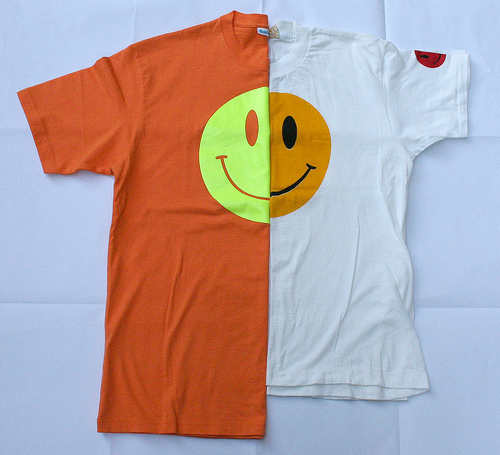 Back in ’88, Acid House was the scene and raving all night was the game. Can you remember? Or are those years a blur? Well with these T Shirts, you can claim to remember! Be the one to bring back the late 80s now! Acid House took England by storm, although most had no idea what or where it was. Acid House was a British response to the new music of the 80s, so make it ‘new’ again – wear a classic retro T Shirt with an Acid House design. Tell the world “You Love Acid House”. The Happy Face design has been associated with the scene that emerged at those times – so don’t worry, be Happy! And Dance the T shirt on the right is from BOX Fresh and 2005 the T Shirt on the Right is an Original ‘Boy’ 1988 Smiley T Shirt.

Sex Pistols – the Classic Original God Save the Queen from 1976 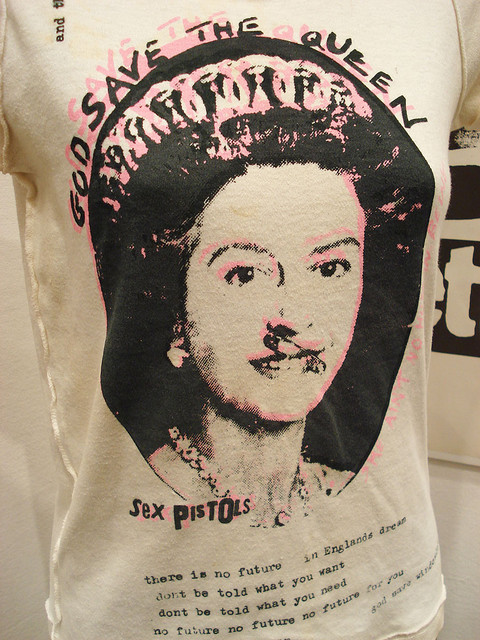 Feeling the need for a bit of punk? Alternative rock humming in your head? Bring back those wonderful feelings with the Sex Pistols T-Shirts designs. A brave new and blaring movement, led by the Sex Pistols, burst onto the scene in the mid 70s. You need to show the world you remember Johnny Rotten and Sid Vicious – British, outspoken, and social revolutionaries! Make your own statement today! Buy a Sex Pistol retro t-shirt and wear it proudly! 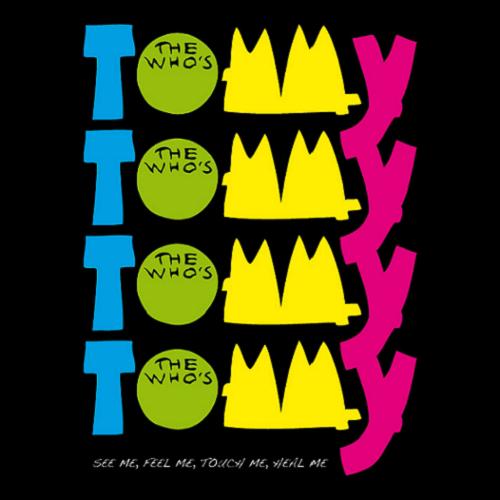 This colourful and loud t-shirt is based on the rock musical called The Who’s Tommy. This glittering musical was fashioned by Pete Townshend of the legendary band The Who, and Des McAnuff a respected theatre director. And trust me this was no boring play in true rock fashion it tore the stage down. The Who’s Tommy is, as the title suggests, based on The Who’s fourth album, Tommy, which released in 1969 to world wide acclaim. So get some rock n roll colour in your life and get rocking the Who.

“Does my British look big in this T Shirt?” Your friends will tell you! Vintage cool and adorned with the Union Jack as well your sure to look unique and fantastically retro. Go back to old-school Cool with your retro T Shirt,