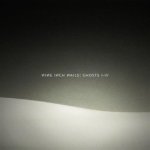 Well boys and girls, it’s here! Since it was announced, we’ve all been (more or less) eagerly expecting it, and now it finally reached us. The new ‘groundbreaking’ album from Nine Inch Nails hit the shelves servers and… well… it sucks! Let’s shed some light, first: I gave it a 5 because it promotes an idea worth fighting for, striking the record labels where it hurts! For that, brave music warriors, you’ll never get below 5. But the music… it’s not rock, it’s not pop, it’s the modern electronic way of playing african tunes; oh, and it’s just instrumental.Being released under the blue, in circumstances that remind us oh so much of Radiohead, I was expecting it to be about as good as In Rainbows. Wrong again! It’s so redundant and shallow, without anything that makes you want to listen to the end of the songs; it’s hard to say that it’s music as a matter of fact. But fear not, NIN!

There are people who will love it!The hardcore fans will be pleased, as well as the teenage girls that have a crush on Trent, and oh yeah there’s gonna be that group of people that don’t get it, but they’re never going to admit that they don’t get it, so they’ll just say it rocks.But this album, aside from the aforementioned, lacks coherency. One moment it sounds really loud and noizy, the next it’s all quiet. There’s one track in which you actually have to wait about a minute and a half before you get the first note. At first, I thought I got the wrong thing. Also, it’s way too redundant to make it appealing, and although it’s intented to sound as jazz improvisation at some times or Noize at others, if you ignore all the effects and fancy stuff, it’s quite mediocre. If you ignore them, you get the sound of a decent guitarist warming up and maybe trying to improvize some licks. At some point, it sounds as if a cow is grazing instead of music.

But there are some benefits to it. The songs are decent to listen to while you’re doing other things (I tried re-listening to some tunes while hacking and slashing through a goblin horde, and it was a great background for all the fighting) and once the DJs start remixing them, they’re probably going to sound a whole lot better. Also, probably the most important thing that this album has to give as a legacy is the way they distribute it. I’ll thank them once again for this, and I hope the next time we’ll be hearing from them they’ll make the good music we all know they can do.