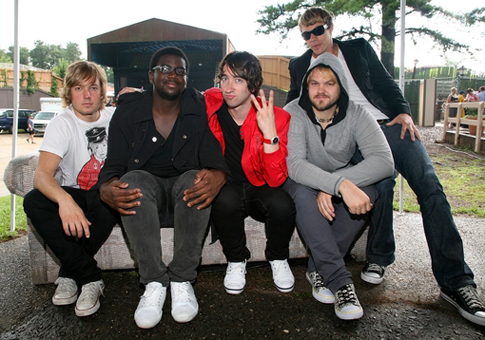 The pop rock quartet, that swept away all the possible pop charts last year, with their  intimate love song “Hey There Delilah,” from the band’s third effort All That We Need. Now Plain White T’s have announced that their hard at work writing songs for their upcoming, yet untitled, album and that they’ll soon hit the recording studios in spring. Here’s what the band’s frontman Tom Higgenson had to say about it:

“Yeah, there’s actually half of the new album written already. We’re going to record it as soon as we’re done touring in about April/May. We’re going to be recording a new album, definitely writing non-stop, on the road. I’ve probably written about fifteen songs so far, and out of those I think the band all likes six or seven of those songs. Like I said we’re about halfway there, ten more songs written. Hopefully we’ll get the last six, and like I said, we’ll be ready to record April/May.”

It’s truly a fantastic year for the group, one that maybe deserved a coronation at this year’s Grammy Awards where they were nominated twice for Song Of The Year and Best Pop Performance By A Duo Or Group With Vocals categories, but failed to win an award as many times. Maybe they’ll have better luck next year, with their, hopefully, smashing new album.