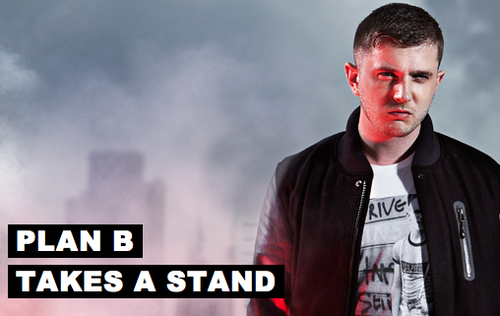 The Evening Standard top 1000 tries to determine the most important and powerful figures from the world of politics, art, culture sport – I’m not really sure how relevant the top is, but it’s definitely not very far off. According to them, rapper Plan B sits in the top 20, just between James Bond actor Daniel Craig and comedy writer and director Armando Iannucci.

Plan B, real name Ben Drew is the highest musician on the list, way ahead of any other competition. The list is topped by mayor Boris Johnson, narrowly ahead of the prime minister.

Plan B recently announced he hopes to take a one year break after finishing the UK arena tour he has scheduled for February.