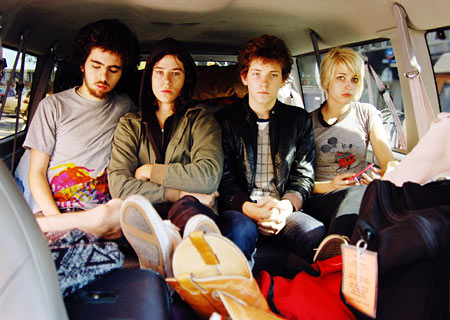 Be Your Own Pet

Yesterday brought some sad news, folks. Our favorite post punkers, the Nashville quartet Be Your Own Pet just announced through a press release on their MySpace blog, that the band will officially disband soon.

“To all of our fans, we are sad to bring you the news that our upcoming shows in the UK are going to be our last as a band. We thank you for all your love and support these past few years. It’s been a blast, but the time has come for the four of us to go our separate ways.”

There’s been no obvious reason advocated to explain the band’s break up, but things weren’t really OK within the group. That’s for certain. There’s a certain within the group that can be felt, especially in their live shows, shows that used to shine through the band’s uncanny exuberance and energy. The drummer’s decision to leave the band (Jamin Orrall), a while back, was also another thingy that flagged the band’s internal issues, that would soon lead to an imminent departure from one another.

With just two albums in, including the recent March released Get Awkward, BYOP will be terribly missed. Bellow you can check out the dates for the upcoming last shows in the UK. If you’re a die hard fan, this might be your last chance to see them live.