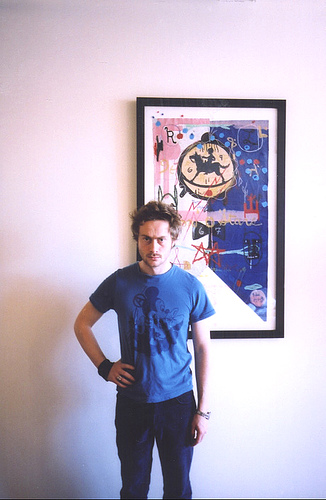 The question that was on the lips of millions of people has now been answered; Shirley Halperin of Entertainment Weekly made public the announcement that band fans were waiting for more than a couple of months already. Royston Langdon, frontman for Spacehog and also the estrange husband of Liv Tyler will be the new singer of Velvet Revolver. He performed some jam sessions with them, and everybody got along just great.

In a recent interview, drummer Matt Sorum gave an update about a frontman, but revealed no exact names, just stating that it was going to be a big name.

“Nothing yet. We got a call from a pretty big guy who wants to be our singer. I can’t say who that is yet but talks are happening about it and hopefully we’ll see what happens in the next couple of months.”

With so many rumours and gossip surrounding them it was hard to say exactly what was going to happen, and people were already starting to get ahead of themselves, but Sorum declined what seemed to be the most accepted version, of Sebastian Bach.

“No. No, it’s a lot cooler than that but I don’t know if it’s going to happen so I can’t say. It’s cool that people are calling us and wanting to get in the band, so that’s exciting.

So in this case, we’re awaiting to see what will happen, especially since the guys seemed to be thrilled about this new member, but don’t want to change many things about the band.

“No, we’re going to call it Velvet Revolver. I mean we’ve worked really hard getting that name out there. So, with the core band staying the same I think it’s the right thing to do.”