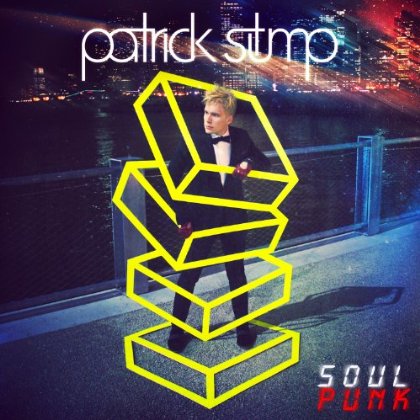 In which the former Fall Out Boy singer/guitarist/genius behind-ist channels his most obvious influence (Michael) and makes a soundtrack to a John Hughes film that’ll never be.  A synth brush allows Stump to paint in broad strokes which, in turn, lets all of the (catchy as hell) melodies bouncing around in his head to come through.  The absence of power chords allows his underrated vocal talents to soar on ohh’s and ahh’s to the top of the songs – a wise choice given his vocals hooks were always the real reason to spin FOB records.

Since Pete isn’t here to find (yet) another way to say that he never loved you, Stump has room to express his own views.  Here, he takes on left-right politics and corporate greed, writes a love-letter to Chicago, and inspires you to believe in yourself.  He’s surprisingly clever, as much as his former writing partner.  The difference?  Patrick’s got more to say.

If there is a complaint to be leveled against this set of synth-soul tunes, it’s that his Jackson worship sometimes gets the best of him, as on “Dance Miserable” and “The ‘I’ in Lie.”  Sure, Stump’s got the justifiable talent for doing his best impression, but I’d rather have Stump doing Stump.  Influence and impression are not synonymous, sir.

But nitpicking aside, this is another fantastic collection of songs from a guy who was never fully appreciated because of his band.  Speaking of which, let’s be honest: we still miss FOB, but with Soul Punk the pain is a little easier to bare.