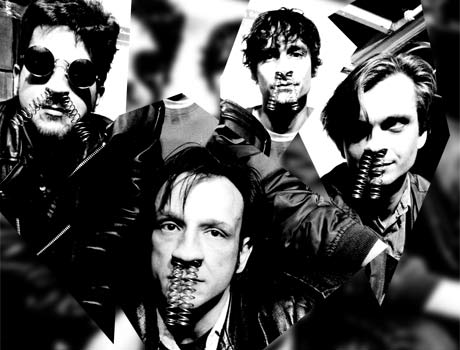 What’s maybe the most iconic and appreciated noise rock group ever, the Chicago underground super group The Jesus Lizard, is set to reform and tour next year just like in the old days. A lot of mayhem is predicted, thus!

The last we’ve seen the band together was almost a decade ago, when Jesus Lizard decided to call it quits and let each member go on his own roads. Speaking of which, all four of the original Jesus Lizard members, David Yow, Duane Denison, David Wm. Sims, and Mac McNeilly will be reforming.

No word on the exact tour schedule has been given, so far, apart from the starting and the ending lengs. So, Jesus Lizard will begin their epic tour during next year’s All Tomorrow’s Parties in Minehead, England, sometime in the May 8-10 weekend, and will, respectively, end the tour in their hometown of Chicago, sometime in November.

Oh, and more good fans for the band’s fans and label, alike. Jesus Lizard will be reissuing their iconic first four records Head, Goat, Liar, and Down under the form of a remastered CD and vinyl. The engineering seat will be occupied Bob Weston and the original mastermind behind them, Steve Albin.