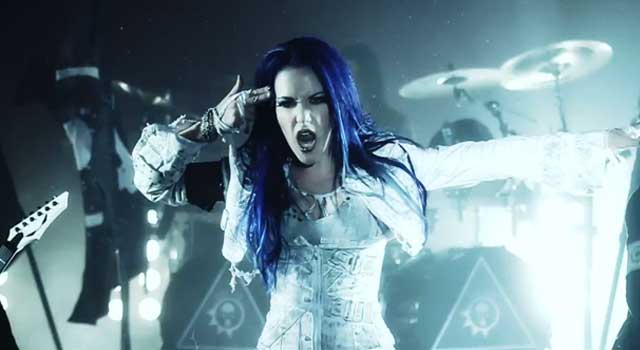 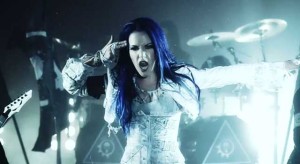 Recently the band’s singer, Angela Gossow, announced that she leaves the band from various reasons and that she will be replaced by The Agonist‘s singer, Alissa White-Gluz.

The band already released  a video with the new singer,(they really like to move fast) which in 4 days reached more than 1 million views. The song, War Eternal, is one of the tracks from the upcoming album with the same name which is set to be released on June 10 this year.

The video was directed by Patric Ullaeus from Revolver Film Company, which is well known for working with bands like Dimmu Borgir, Lacuna Coil, In Flames, Kamelot and many other big names (no wonder it looks so dark and cool).

Speaking about the new experience with Arch Enemy, the new singer, Alissa White Gluz, says that:

It is not often that you get a phone call from your favorite band asking you to join! I am thrilled to have the opportunity to work with such amazingly talented musicians whom I also consider great friends. I look forward to being able to write and perform at a whole new level now with ARCH ENEMY! Music is forever, metal is limitless and this is only the beginning!

I have to say that at first I was a little bit skeptical about this collaboration but after listening this new song, I already know that I’m going to like this album as much as I liked the previous ones. Enjoy the video below!