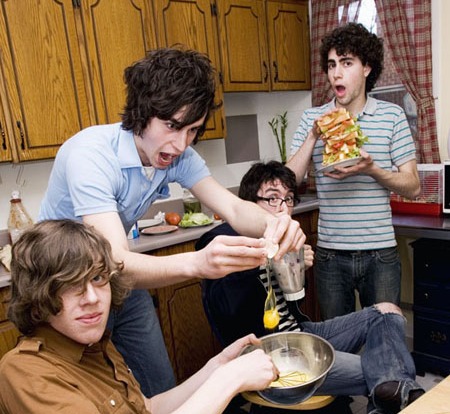 The Canadian indie quartet are readying themselves for their upcoming proper debut album, titled “Elephant Shell,” after their first, very well received EP, the 2006 A Lesson In Crime. Tokyo Police Club have confirmed the record’s completion, as well as a scheduled release date in late April via  Saddle Creek in North America and Memphis Industries in the UK. TPC will also embark on a North American tour, that kicks off tonight Connexion Ontario and ends at Big Orbit’s Soundlab, NY on April 30th. Full album track list and tour dates, right after the jump.