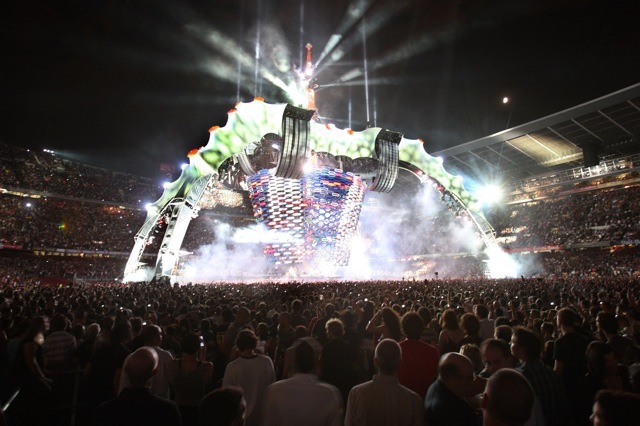 Almost a month ago me and Andrei invaded Barcelona and painted the town red during our 3 days stay, when we even got to see AC/DC play live at the Estadio Olimpico de Lluis Company. Chances had it, though, that we weren’t able to prolong our stay a few more weeks so we might squeeze in another incredible concert, this time of literally epic proportions – last night’s U2 gig in Barcelona. The concert was the first in three years for the band, since the Vertigo days, officially kicking off one of the biggest projects a band has ever undertaken – the U2 360º tour.

As seen pictured the tour will feature a massive rotating stage, rightfully fit for Bono’s ego, which spins at 360 degrees, so that everybody can have an equal piece of the action. The tour will visit 31 cities across Europe and North America and entertain an estimated three million people. Worth noting is the fact that the tour will cost an estimated , whooping $100 million, however experts say Bono and the gang will not have any problems in cutting a profit, despite a record low @ ticket prices.

As for the Barcelona gig itself, from I can see and hear, it was nothing short of spectacular! The band started off with “Breathe,” soon followed by a few other tracks from this year’s No Line on the Horizon, before hitting the arena pleasers. Inevitably, a Michael Jackson mention couldn’t have not been present as U2 delivered their own tribute to the recently fallen star.

“We wrote this one for Billie Holiday but we are going to play it tonight for Michael Jackson,” said Bono. “Unspeakable talent, that’s all there is to say, really,” he added, before breaking into two of MJ’s classics “Man in the Mirror” and “Don’t Stop ‘Til You Get Enough”.

The concert’s set lists and more photos bellow. For the full concert list, hit the U2 360 website and head over to “Dates & Venues.” [Photos by Dave Hogan/Getty  – via stereogum] 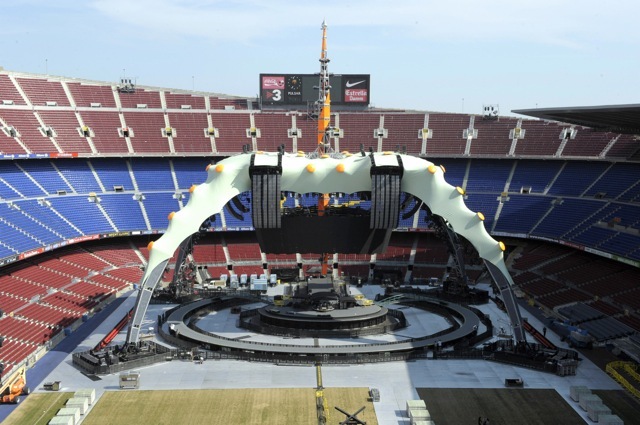 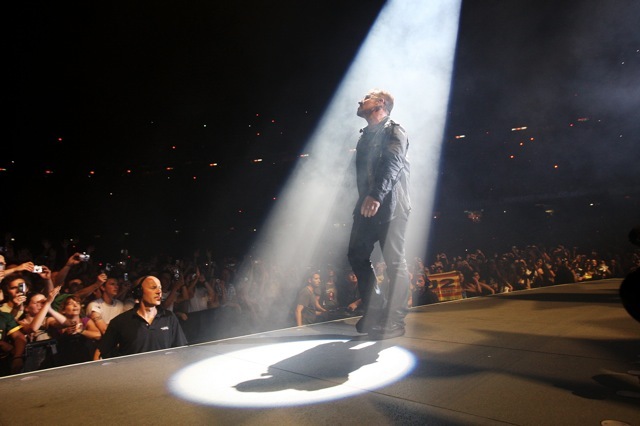 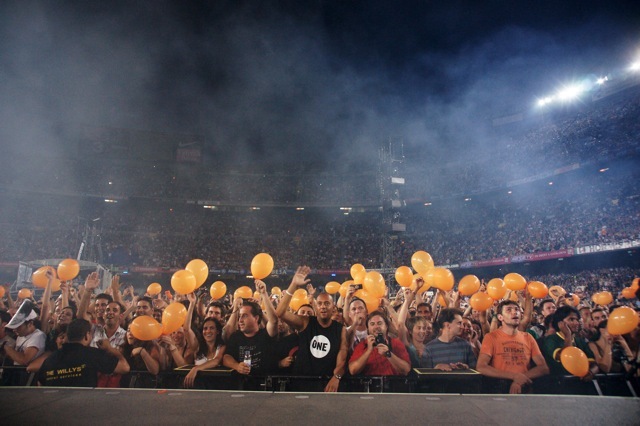 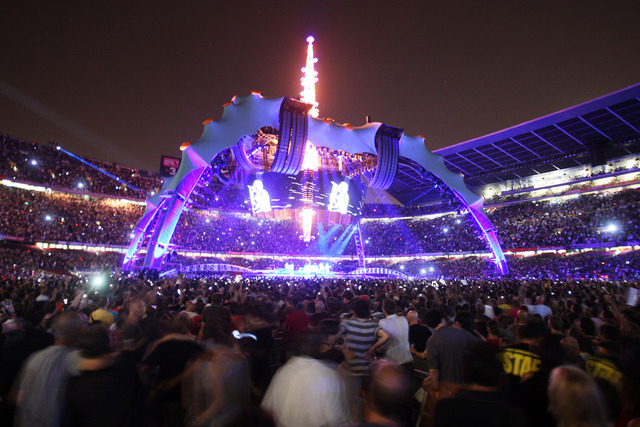