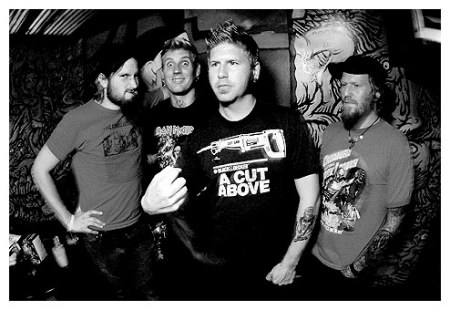 The progressive metal Atlantians of Mastodon are set to gear up for a new album, as the quartet will soon hit the recording studio this week, next to new producer Brendan O’Brien (Bruce Springstee, AC/DC, Pearl Jam, Velvet Revolver), in favor of long time collaborator Matt Bayles. A great deal of pressure and expectations are on the band’s shoulders, as Mastodon tries to make a worthy follow-up to their 2006 almost perfect album Blood Mountain.

“It’s a long, arduous process. We’ve got a skeleton for the whole record and these huge chunks of music four of five different segments that don’t have a beginning or end yet… We’re just basically in the middle of the record, adding stuff, giving it a taste then adding a little more ‘pepper’ or ‘salt.’ Once all the ingredients are in there, you have to bake it — which is just playing it over and over again until it feels right. The main goal is to get the songs right so you don’t have to think about the time changes — so you can relax with it and play it how it should be played. There’s a level of difficulty to our stuff and if you’re too wrapped up in trying to remember how many times something goes and the timing for the next riff, you can’t examine the song for being a song. So it takes a while.”

Let’s just hope the band will live up to the fans’ expectation and will deliver another classic in the form of this new LP, which, by the way, will be centered around Czarist Russia. Mastodon can be seen perform at the inaugural Rockstar Energy Mayhem Festival tour, which is scheduled to start July 9 in Seattle and play 30 cities, where the head banging quartet is sure to blow away co-headliners Slipknot and Disturbed.