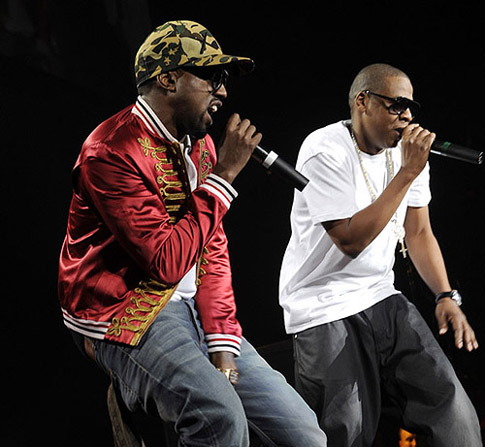 Last week’s Jay-Z dope appearance on the Madison Square garden stage, next to Kanye, proved to be a shocker for the whole rap scene. That was the coup de grâce of ultimate marketing stunts. The perfect entry and the perfect announcement for the new album, Blueprint 3. However, in all the commotion and all, I couldn’t get a good fix on the Kanye produced song, off Bluepring 3, titled “Jockin’ Jay-Z.”

Well, not anymore, as I’ve the MP3 spinning hectically in my winamp, and it sure sounds good. The intro beat is simply head spinning, with a steady beat that could make even Dan le Sac envious. By the way, does anyone here notice the striking resemble of the track to Lil Wayne’s A Milli?