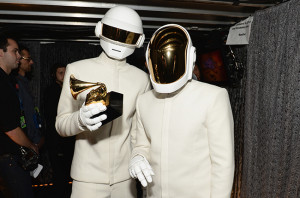 It seems that nobody knows much about this mysterious collaboration between Daft Punk and Jay-z. This track, Computerized, has all the chances to be fake, even though, according to the Daft Punk sub-reddit, it seems that the song it’s a little bit similar to the band’s soundtrack to Tron and also back in 2010, Jay-Z expressed his intention about working with these guys (kind of the same period they were working on Tron‘s soundtrack), but if you ask me, this sounds already like rubbish. The big question here is, why isn’t the song on the band’s latest album, or on any album? If you ask me, this would’ve been great news and everybody had something to win from it; so why isn’t anyone talking about it (I mean Daft Punk or Jay-z)?

I don’t really know what to say about the song, definitely is not one of their best, but it still deserves a try. Check it out below!