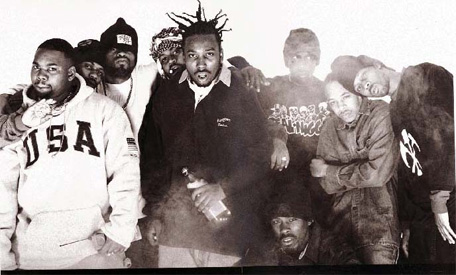 A few days ago, a handful of lucky journalists had the chance to preview a part of the upcoming [tag]Wu Tang Clan[/tag] new album “8 Diagrams“, at a listening party set up by clan leader RZA. Village Voice, from the small bits and pieces of songs they’ve listened to, stated that the upcoming effort sounds great and “if those twenty minutes are any real indication, and I hope to God they are, The 8 Diagrams is going to be a hell of an album.” One of tracks sampled at the listening party is “Watch Your Mouth“, up beats, low violin samples and classic clan lyrics. It’s not the best Wu-Tang track, far from it, but it’s just a sample, it will definitely sound a lot better when it’s mastered properly. 8 Diagrams is set to be released on November 13.