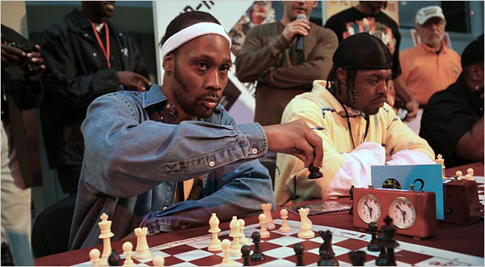 One of last year’s most anticipated hip-hop releases 8 Diagrams from behalf of the legendary Wu-Tang Clan, left a lot of people disappointed, not because it was trash or anything, but because it was down right mediocre and didn’t deliver little to no real beats. This was probably the album’s main setback: beats, a department that clan leader RZA has always mastered well, as it can clearly be seen on “You Can’t Stop Me Now,” a 8 Diagrams reject, that ended up getting listed on RZA’s forthcoming solo album. The song’s great, better then anything the clan or its members released last years, even then The Big Doe Rehab, offering some pretty solid, pure beats, alongside a nostalgic guitar lick, as RZA and Inspectah Deck spit out rhymes. RZA’s forth solo album, “Digi Snacks,” will be released in the summer of 2008.