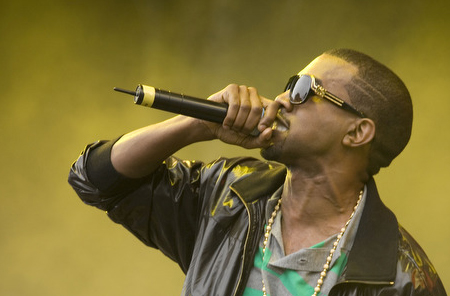 Kanye‘s latest single, that seems to be on every hip kid’s iPod as of lately, “Love Lockdown,” has been remastered, after he hit the studio again, in an attempt to hide the song’s hurried, cranky and, well, just incomplete nature. Love Lockdown was released for the first time during last week’s VMA’s, in an attempt to capitalize on the live performance of the song, however, due to Kanye’s intent on getting this song as fast as possible on the market, it suffered a great deal. Even Kanye admited, in a one of his blog posts, that he’d only written the song a week and a half prior to the VMAs.

Anyway, the dude, more or less, respects his work and, today, released a new version of the song. Not too many improvements, though. Just some well put vocals improvements and a new Japanese taiko drum beat. Pretty strong stuff on the drums, maybe too strong. You can listen to the song down at Kanye’s blog. Bellow, you can listen to the first version, so you may put them heads to heads. “Love Lockdown” is Kanye’s first single off his upcoming new LP “808’s & Heartbreak.”