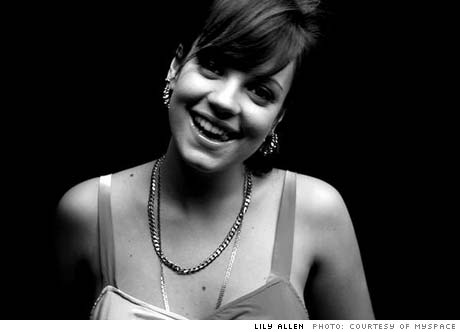 After her debult album, “Alright, Still,” made a lot of waves in the Brit pop scene, Lily Allen is ready to take things to the next level with her upcoming sophomore album, “Stuck on The Naughty Step,” in which she’ll try to make a bit of sound transition from Ska to electro-pop, while still retaining her well written verses. Apparently, the album is already written and recorded for over a month, but complication with her label keep her from releasing the album too son, as EMI is still in talks for for getting bought off by private equity firm Terra Firma.

Talking about her new album, Lily said: “In England, when kids are naughty, they get sent to sit on the naughty step. I feel like I’m stuck in a hole where people say, ‘Lily, you’re bad. Go think about what you’ve done.'”

The first single, off the Greg Kurstin produced new LP, that’s set to land in stores on February 9th, 2009, is “Everyone’s at It.” From what I understand, the new single will get out sometime this month, in September.