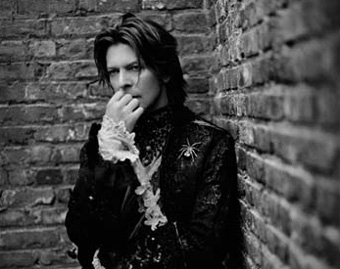 After they’ve released a more or less successful [tag]Prince[/tag] cover compilation record, in the form of Controversy, a while ago, the fine folks from Rapster are back with yet another cover song compilation LP, this time featuring artists influenced by the great [tag]David Bowie[/tag].

Matthew Dear, Carl Craig, Kelley Polar, Au Revoir Simone, Joakim, and the Thing are just a few artists who cover the Thin White Duke on “Life Beyond Mars: Bowie Covered“. The songs covered come in different “shapes and sizes,” most off Bowie’s more popular albums like Low, Hunky Dory, and Scary Monsters, but also lesser-known material such as the 1986 soundtrack to Labyrinth, in which David played a part.

Life Beyond Mars is available on iTunes now, and will hit shops in CD format July. Today it was mailed for free with the latest issue of the Sunday Daily Mail, where Bowie also is featured in an article, in which he talks about the new cover album, detailing how the 12 track selection went and confessing which songs came closer to his heart. You can read the whole article here. Tracklist right after the jump.