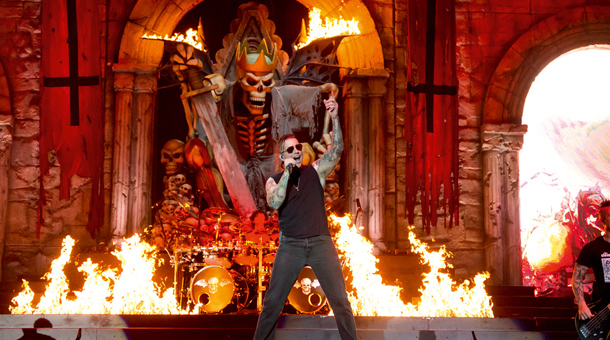 Avenged Sevenfold have been reinventing themselves, and contrary to what many people believed, they managed to strike back even harder without The Rev. Their latest album, Hail to the King, was released on August 27, and it’s almost needless to say that it rocks !

But guitarist Zacky Vengeance took the time to talk to us, and explain that as good as an album is, it has to be backed up on stage. He wasn’t afraid to admit that there was a time when the band wasn’t so excited by the prospect of playing live, but all that’s changed now:

“There are times in the past when going onstage felt a bit of a chore,” he said, “but now we have a whole new sense of purpose. Our time onstage is undeniably the most exciting two hours of our day.”

Zacky’s fellow guitarist Synyster Gates chipped in, explaining that their need to grow as a band has to show up on stage. 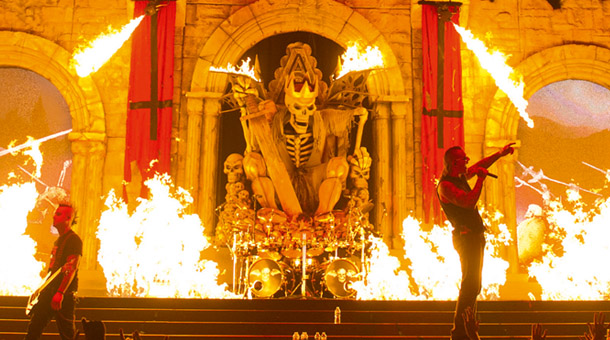 “I hope we’re not the Last of the Mohicans when it comes to putting on a big, crazy, over-the-top theatrical rock show. This is what we grew up on, with bands like Maiden and Metallica, and I really hope we’re not the last of a dying breed. “We want to blow kids’ minds just as we had our minds blown by massive shows when we were growing up,” Gates added. “Metal should be spectacular and dramatic and thrilling. When kids invest their time and money in coming to see us, we owe it to them to give them the best night of their lives.”

You can read more about it in the latest issue of Metal Hammer, which includes a pretty badass free A7X vinyl sticker.