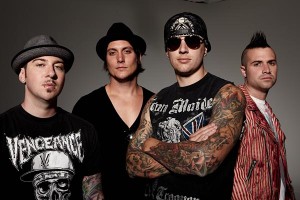 First of all: WOW; I mean this song really rocks, and it’s different from what I’ve heard from Avenged Sevenfold before. These guys really want to go into metal industry the hard way (even though I still think that the name of the song is similar to Manowar songs).

This new track is one of the songs from the  band’s upcoming album, with the same name, which is set to be released on 26th August this year. What is new about this album, is the fact that this is the first to feature no writing credits from the band’s former drummer, The Rev, which passed away at the age of 28.

If you want to find out more about the album you could check out what  Synyster Gates and M. Shadows said about it and what are their expectations.
Fans can also pre-order the album and a box set from here.

Enjoy the song, and please tell me guys if you don’t think that this song is really metal.