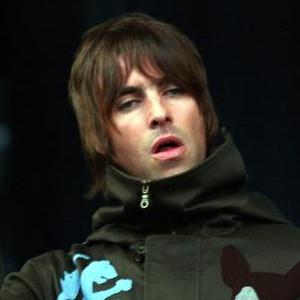 Ok, this is officially Oasis‘ week. Everywhere I go, every blog, every podcast, mentions somewhere Oasis or the Gallagher brothers. Some part of me feels they deserve the hype, because this latest album is rock solid, a true comeback. However, the other part of me feels like this getting a bit overpretencious. Anyway, I laughed my ass off when I saw this heading on NME.

Basically, in the article Liam Gallagher, one of the band’s frontmen, shows his indignation consering the somewhat recent Oasis incident, involving his brother, Noel, when he was pushed down the stage by a drunk ‘fan,’ in Toronto. Noel suffered some injuries at his ribs area and the band was, consequently, forced to postpone some dates. Consider a punch in the face a sign of appreciation and frienship, so whenever you’re passing through Canada be sure to smack a few.

“It’s not nice when you look down and see your brother on the deck,” he told Sky News before the show, referring to the assault on Noel. “If it was up to me, I’d have cut his [the attacker’s] dick off and made him eat it.”

Nicely played, Liam. Go all medieval on their arses! Anyway, Oasis kicked off their UK tour in Liverpool last night (October 7), in what was, reportedly at least, a kick ass show. Some more dates bellow.