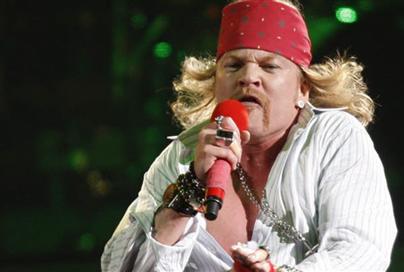 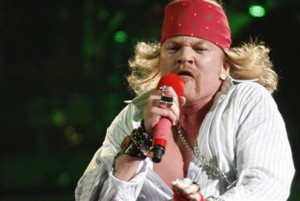 Axl Rose ( the Guns N’ Roses frontman – but i bet you already knew that) had his first interview in 20 years on Jimmy Kimmel Live! show on 24th October.
The interview starts with Axl with his black hat and all dressed up like a gipsy millionaire ( I understand that this is his new old man style) and everybody is applauding and screaming, and Jimmy is kind of surprised that his guest is on time. They talk about how he was sick and he’s all good now (old people stuff, as i said), and about his past with Guns N’ Roses, how he arrived in Hollywood, how he worked as a manager in a music store, and for the rest of the interview watch the video below.

The real purpose of this interview is to promote his band’s forthcoming residency in Las Vegas, there will be a show, named ‘Apetite for Democracy’,which will begin on October 31 and than will take place in November.

This time I won’t say that I can’t wait or how excited I am for the show to come out, but enjoy the interview with this old/fat/gipsy/millionaire named Axl Rose, which once was actually a real rock star.