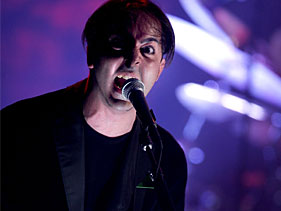 If you’re among those who are waiting for a SOAD reunion, an album, or even a show…well it’s probably not going to happen. It’s unpleasant to talk about this, it’s even more unpleasant to think that one of the best modern metal bands has permanently dismantled.

In fact, former guitarist Daron Malakian has warned optimistic fans the band will never reunite. After taking a break in 2006 to focus on other projects – frontman Serj Tankian went on to pursue a solo career. Despite releasing a very good record, Tankian’s work is just not as good as the SOAD days were.

Also, Malakian insists that the band he formed with his former drummer John Dolmayan (Scars On Broadway) is the only musical project he will be involved in. Well, at least they didn’t plan for a Chinese Democracy kind of album.

“There’s no talk of System doing anything. We’re not planning on doing anything. If anyone’s holding their breath for a System record, they’re going to turn blue and pass out. It’s a long ways away, if it ever even happens. We don’t even talk about it – none of us. This (Scars on Broadway) is my band right now.”