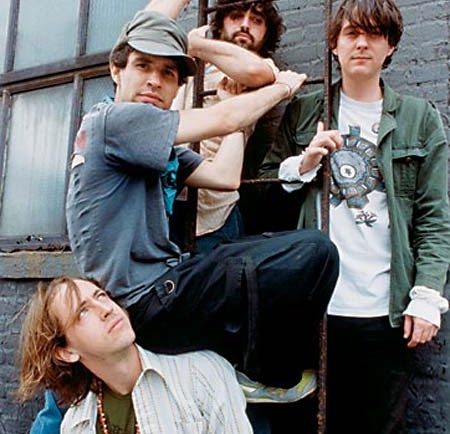 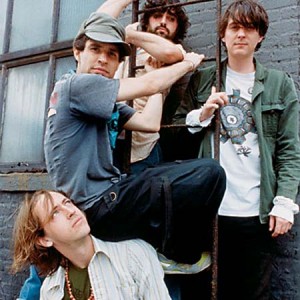 “I don’t get Animal Collective.” So went a text from Mike, a friend and fellow music blogger/journalist of mine. On the surface it sounds as if Mike is rather narrow-minded. Yet, it really is quite the profound statement if you stop to consider it for a moment. There are days that I wonder that same idea, not just about AC but any artist I consider great or simply enjoy. But AC is one group in particular which this statement could possibly generate an entire essay trying to find a suitable explanation for their fame/critical reception/fanbase/etc.

So here it goes…

There are two possible ways to see Animal Collective from the outside: 1.) You either look at their music and observe that it’s indie hipster noise rattle designed with no intended purpose other than to be weird and nonsensical for the sake of being weird and nonsensical, or 2.) You observe the fans and near-unanimous critical praise as just another cog in the blogosphere PR machine, something that if ignored will die off in a matter of years if not months. Put another way, you either hate their music or their fans.

I myself used to fall into the latter camp. Generally speaking, I ignore overly-hyped bands. It’s the reason why I didn’t bother with the Arcade Fire until 2006 or AC until two months ago. It’s difficult for me – as I imagine it’s difficult for many people – to separate the hype of the band from the band itself. In my mind, the two worlds are conjoined twins sharing a symbiotic relationship: that is, if one is removed from the other they both perish. And so, I have a “two year rule” wherein I fully ignore a band during the upswing in popularity and/or hype until two years after the initial surge, thus avoiding the entire tidal wave and allowing me to enjoy a band by itself. Which explains why I just got into the Collective earlier this year – it’s been two plus years since Strawberry Jam and many months since Merriweather dropped. I know they’ve been around much longer than that, but Jam is where the band blew up well beyond Sung Tongs.

Since I’ve become a fan – even having fallen in love with Merriweather – I’ve had a tough time understanding why. Until Mike’s text. His text sent my mind spiraling out of control in an effort to elucidate anything but “Well, because Pitchfork says so” or “Well, if you don’t get it, then you don’t get it.” Neither is any kind of a decent reason and, honestly, it’s hard to pick the worse of the two. Then on Monday as I was listening to Merriweather again, it hit me. And the basis for the explanation is, oddly enough, found in my mini-review of Merriweather for The Line of Best Fit. I just didn’t realize it while I was writing it, or after editing it, or after it was published. In the piece I argue:

[…] it’s obvious that Merriweather is meant to be AC’s definitive record, a towering statement of candid existentialism: one level of enjoyment is the collection’s propinquity to humanity via childhood glee.

Now, while that’s a fitting description of the rationale and has an “it’ll do” place-holding quality to it for people who already appreciate AC’s music, the illustration doesn’t quite go far enough in accounting for why anyone who doesn’t like or “get” AC should try (or try again). Thus, I must take my argument one step further convert the non-believers.

Indeed, AC’s music has always been based upon the most primal of urges, even going all the way back to, say, “Penny Dreadfuls.” Sure, the songwriting of Avey, Panda (and later Geologist and Deakin) contains numerous layers – some even approach the density of Bomb Squad-style production – and requires and rewards multiple listens in order to be fully appreciated. At the same time, though, there has always been this antediluvian nature to the band’s songs. Pick any AC track and you’re guaranteed to find a child-like innocence to it, either sonically or lyrically. That’s not to say AC are juvenile or even infantile in their ability to construct a song. Certainly not. It’s simply that the band have this seeing-the-world-for-the-first-time naïveté that radiates from them. With this, the band can express emotionally complex ideas within the framework of emotional immaturity. “Winters Love,” for example, opens with “I love this light in winter time/ The frost cakes in the carpet” and finds Avey’s and Panda’s voices wandering around like children lost in a mall. The song deals with the love one feels for winter while simultaneously dealing with a cold distance between two lovers. The song’s lyrics are a bunch of seemingly unrelated, superficial observations about one’s surroundings. When put together, however, they all connect as one, unified whole about life and how this particular snapshot of it is “just a calm and modern day.”

“Winters Love,” of course, is an example of the group’s ‘indie’ phase, and its practically antithetical to “My Girls” or “Fireworks” (or anything off their first two albums). Their current songwriting trends are based on looped samples and circling, sideways keyboard riffs. I imagine Panda’s recent solo effort has much to do with that. Strawberry and Merriweather therefore exhibit a group approaching an even more primordial state with its bare-bones arrangements. Animal Collective are approaching the very passions they wish to arouse in us.

Now, I keep bringing up this guileless quality of their music for a reason: we adults want to at some point to return to that state of being a child. We pine for that “nothing can possibly go wrong” feeling in order to be at ease, that feeling of being shielded from the evils of the outside world. Similarly, we recall a time in which our lives were of uncomplicated pleasures for the same reason. We want to remember – we want to know! – that at some point life didn’t suck this much or wasn’t this difficult. We sincerely yearn to be children again, if only for a moment or two. And that’s the key to Animal Collective: their music and lyrics are able to conjure up these feelings of emotional chastity from the past. Playing a song or an album by them allows us to return to our shells, our forts, our blankeys with the promise that this is just an escape from reality instead of replacing it with a new one. It’s a way to deal with the outside world as adults instead of running and hiding from it as children, even as we’re ducking it just so we can deal with it. Simply stated, Animal Collective’s music is freedom in emotional release.