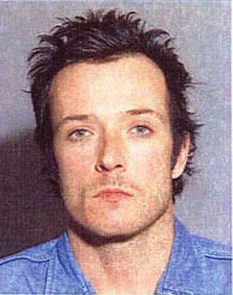 Well, we’ve written a lot about Velvet Revolver, because one thing’s for sure: keeping a supergroup together is hard. Scott Weiland has always been a nut job really agitated guy, getting involved into all sort of problems. But the man’s a great frontman, you have to give him credit for that.

So, ever since he drove drunk and it was announced that the Stone Temple Pilots were reuniting, things started going downhill. Still, things seemed to be getting better and it was even believed that they would open for Led Zep.

Then, the rumors started. Now, the other four founding members of the rock band made it official that they were splitting up (just with Weiland). Velvet Revolver was confronted from the start with Weiland’s drug and legal problems as it juggled performance schedules, recording sessions and promotional work to accommodate his court dates and rehab.

Well I’m not sure how this leaves the band, especially as Slash says he wants to make a solo effort. But still, I have faith that they’re gonna go over this, find another singer and go with it. Btw… how would Velvet Revolver look like with Sebastian Bach as a frontman ?! That would be the booooomb!!!