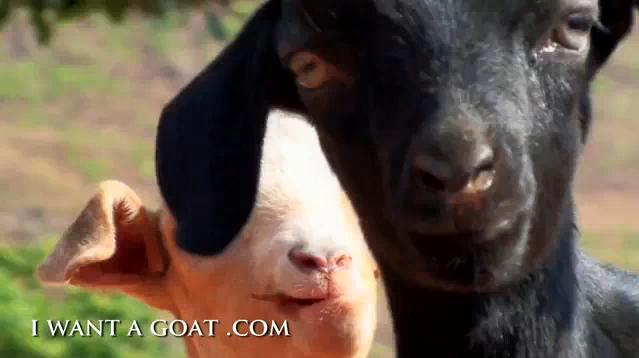 SNL’s satire music video I’m on a Boat stirred a lot of comments when it first surfaced more than half a year ago, bashing auto-tune and the current MTV scene. Looks like some well intended good-doers decided to capitalize on the video’s viral success and produce a hilarious spoof to help raise money and donate goats for some of the poorest people and villages in India. People just have to head over to the project’s website, customize their own goat (you can add Converse hooves, punk hairdos, etc.) and donate 20$, roughly the equivalent of a goat it seems. It’s a fun and original campaign, that well enough sounds a lot better than watching an arrogant douchebag informing me how a nickel a day can save countless lives. One question to the producers, though, if any of them happen to came across this blog: is the offer available for non-indian residents as well? Twenty bucks a goat sounds like a bargain!