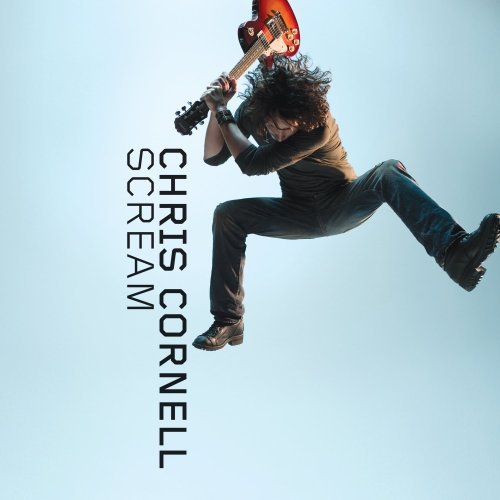 2009 will definitely be an interesting year for music – a lot more inspiring and pleasant than 2008, that’s for sure. The latest issue of Billboard tries to do a rundown of this year’s upcoming releases, although mainly mainstream-only acts, mentioning artists like Kelly Clarkson, 50 Cent, Eminem, Franz Ferdinand, U2 and a few more. Among them was also Chris Cornell, a man I’ve always admired and looked up to, because of his extraordinary talent and vocal range. His time with Temple of the Dog and Soundgarden was golden, helping release some of the most memorable songs of the ’90s. A true grunge era persona, no doubt about it. However, I can’t help wondering what’s up with him lately.

I last album, “Carry on,” was…. poor, to put it kindly, and, sadly, his upcoming effort, the highly longed delayed “Scream,” isn’t any far from it as well. Scream was highly publicized last fall, with a lot of ads and editorials in top magazines, all for nothing it seems, because it kept getting delayed back and forth, until the newly added March 9th. A lot of money down the drain, undoubtedly. Putting out an ad campaign 6 months prior to the release of an album (or product, mind you) is kinda bad for business, there were even talk of a shelving by Chris’ label, which wouldn’t surprise anyone, frankly.

Why? Because its absolutely no focus. The album was produced by the hip-hop veteran Timbaland (which is notoriously famous for his overly pop hooks), the beats are R&B-ish and the vocals emulate a One Republic tribute band. I’ve heard two leaks from Scream a while back, namely “Long Gone” and “Part of Me,” and I found them really, really …average. It sticks of mediocrity.

Again, I can’t help wondering what’s up with Chris Cornell?

*a rethoric lamentation of a dishearten fan.