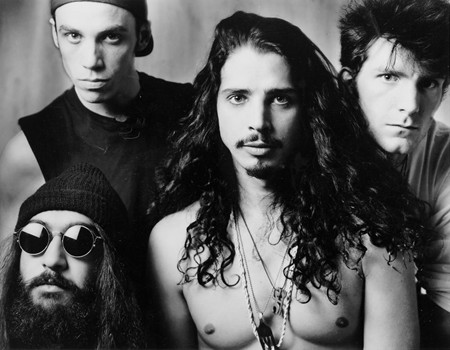 What if you were told that there was a slim chance that Soundgarden might reform? Or if Kim Thayil, Matt Cameron and Ben Shepherd actually got up on stage in Seattle earlier this week at a Tom Morello solo show?

Well, as reported by Reverb (the Seattle Weekly music blog), what would “probably not happen” according to Chris Cornell in 2005, became a reality at The Crocodile Café last Tuesday evening. It was the trio’s first time playing together since their ill-fated Hawaii gig in 1997, when Shepherd threw his bass guitar high into the Pacific air and was storming off the stage before it had even landed.

But the mood was in complete contrast this time around, with an almost palpable atmosphere buzzing around the venue, as well as the Chinese-whispered rumors that Cornell himself was going to make an appearance. However, the singer to walk on stage was in fact the former TAD frontman, Tad Doyle – whose saw-edged vocal stylings brought a new twist to the classic tracks, ‘Hunted Down’ and ‘Nothing to Say’. This gave the group the imaginative title of ‘Tadgarden’. And to further solidify his presence, the super-sized lead singer pulled up his shirt and  faced the crowd with the dig, “That’s half a Cornell!” Morello – by now hardly able to contain himself – then joined in on the action for their crowd-pleasing finale, ‘Spoonman’.

Soundgarden couldn’t have picked a better night to make their return. Not only were the crowd treated to Morello’s fine solo material (playing as the Nightwatchman), but there were more legends on stage than you could shake a baseball cap at. Country/ rock guitarist Steve Earle, Mudhoney’s Marc Arm, as well as Wayne Kramer of 60’s garage icons MC5 were the very special guests for the evening and were later part of collective sing-along of Woody Guthrie’s ‘This Land is your Land’ for the climatic curtain-closer.

Even with the plethora of musical talent on the bill, the Soundgarden comeback was what everyone was talking about when leaving The Crocodile. And the question on everyone’s lips now is what fully-solo Chris Cornell has to make of all this – particularly with his latest release not going down too well. Though,  with a fine vocalist in the shape of Tad Doyle well able to cover, they may not even care.

Check out video footage of the show here.