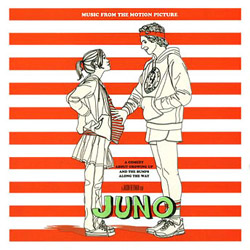 This week’s US Billboard chart, is a real surprise to all of us, namely the soundtrack for the critical acclaimed comedy Juno. Behind this sudden abundance of sales, most certainly stands the movies high popularity and it’s recent four Oscar nominations. So, after four weeks on the chart, the Juno soundtrack finally claimed the top spot, selling 64,381 copies to overtake Alicia Keys’ As I Am, which fell to two. It’s the first film soundtrack to top the chart since last year’s “Dreamgirls.”

Natasha Bedingfield’s sophomore new album Pocketful of Sunshine made its debut at number three, while Mary J. Blige’s Growing Pains and Radiohead’s In Rainbows round out the top five.