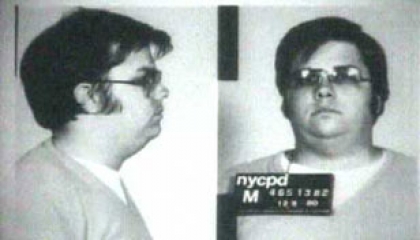 It was and will always remain one of the most shocking moments in the history of music; the man of the moment and one of the most influential people in music, John Lennon, was shot to death by Mark Chapman. Now 55, Chapman has been denied parole every single time, despite working as a clerk in prison and and overall good behavior since incarcerated.

But what could determine an otherwise average man in his mid 20s to shoot former Beatle John Lennon ?

“I wasn’t thinking clearly,” Chapman said, according to a published transcript of the interview. “I made a horrible decision to end another human being’s life, for reasons of selfishness.”

He added: “I felt that by killing John Lennon I would become somebody and instead of that I became a murderer, and murderers are not somebodies.”

That’s it. He wasn’t thinking clearly. But still, he made a whole list of people he wanted to kill, including John Lennon, Elizabeth Taylor and show host Johnny Carson.