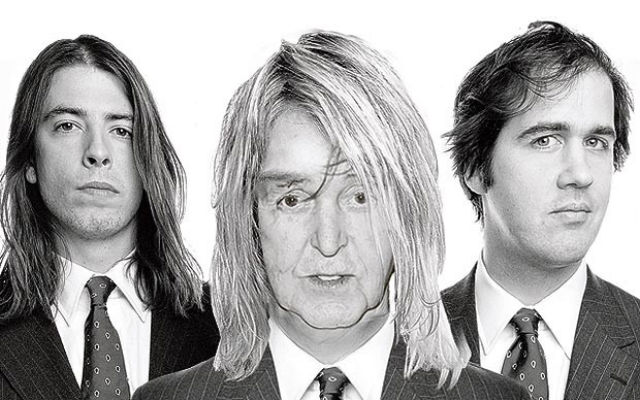 There’s been a lot of discussion lately about the members of Nirvana reuniting with Paul McCartney for a 12-12-12 Hurricane Sandy benefit concert last week. They actually performed a brand new song, “Cut Me Some Slack”, rather than go for any Nirvana or Beatles tracks. They went on to perform Saturday Night Live, which left fans asking a logical question: will they do some more stuff together? According to bass player Krist Novoselic, the answer is: “Absolutely.”

Wow! Can you even imagine, Nirvana touring with Paul McCartney? A month ago, this would have seemed double blasphemy, but now… I don’t even know! However, don’t get over excited just yet, as Novoselic said he’d love to go touring with other classics, citing Van Halen frontman as an example:

“I love David Lee Roth. I would tour with David Lee Roth because I think he’s great,” Krist said. “It wouldn’t be some oldies review; if we put a band together and we were making music and we felt good about it – and there was that passion and that spark – I’d do it in a second.”

You can listen to their performance here; but for the old time Nirvana fans… how would you even feel about this?