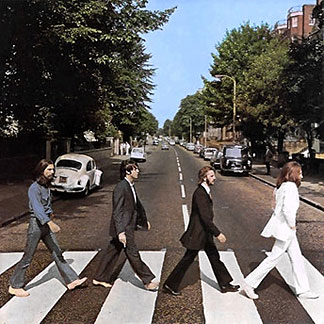 As far back as I can remember, I have never agreed with more than 5% of a Rolling Stone list. Be it the 100 Greatest Guitarists where they got number one right…probably, while the top 20 is rather questionable: Jack White, Kurt Cobain, and Johnny Ramone? Really?  The 100 Greatest Singers is also rather off. John Lennon ahead of Marvin Gaye? Freddie Mercury below Paul McCartney? Once again, though, their no. 1 is a good choice: Aretha. You could argue otherwise but it would take some work. And you might loose some credibility.

Anyhow, this time around they have a new list that I actually have only one real problem with. It consists of only 13 items, so perhaps that’s why. The newest list is the ranking of Beatles albums, as chosen by a readership poll. (I only found out about this list today because RS posted a 40th anniversary of Abbey Road news item a few days ago.) RS readers chose Abbey as the best Beatles record and Yellow Submarine as the worst.

The quibble I have about the list is simply that Rubber Soul isn’t second. It’s fourth, behind the Beatles and Revolver. While the latter makes sense, the former does not. The Beatles is a fun record, the one where the fab four literally tried everything. But that doesn’t make it a great record, just an incredibly entertaining one. It does have some of my favorite Beatles songs (“Back in the USSR,” “While My Guitar Gently Weeps,” and “Revolution”), but side four is easily the least cohesive side that the band ever put out. Revolver‘s position below the White Album is rather indefensible, considering, paradoxically enough, Revolver is the most cohesive album the band ever put out.

But let’s get back to Rubber Soul. It’s not the best Beatles album – that’s Abbey Road. It is, however, the band’s most honest release. It’s also their most personal and their most touching, as well as the first album qua album that they made. Before Soul, the band’s records were too single-focused to be considered real albums, something from which even Help! and A Hard Day’s Night suffer. Soul changed all that with its introverted songwriting and obvious Dylan and Byrds influences. It was simply the first time that the Beatles were a band, not an act. Thus, not only is it a brilliant album in terms of songwriting, but it’s also an important historical milestone.

The bottom half of the list is less nuanced. It seems that after the well-know albums, the list becomes haphazard at best. Even the blog entry acknowledges this: “…the band’s swan song Abbey Road was voted the fan favorite, with a clear divide between the preference between pre- and post- Rubber Soul evident in the balloting.” That said, arguing which album is better or worst between, say, Beatles for Sale and With the Beatles is a rather pointless endeavor in the wake of the Beatles output after 1964.

It’s good to know that RS can actually publish a list that isn’t absurdist poppycock to one degree or another – even if they had no say in the order.