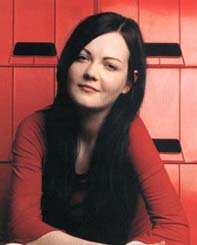 Yesterday morning it was announced that sadly [tag]White Stripes[/tag] weren’t gonna be able to perform at this weekends 15-16 September Austin City Limits Festival due to unpublicized ‘health issues’ affecting Meg White. Guess all that touring had to leave some marks.

A few hours later a press statement was released on whitestripes.com, clearing what the so called ‘health issue’ was and revealing even more sad news for fans. Read on and you’ll know what I’m talking about.

“The White Stripes announced today that they are canceling their forthcoming tour due to health issues. Meg White is suffering from acute anxiety and is unable to travel at this time. “The White Stripes sincerely apologize to their fans. ‘We hate to let people down and are very sorry.’

“Fans can obtain refunds for their tickets at point of purchase.”

Thus all the remaining US shows scheduled are now canceled, there’s still no word of the UK October/November gigs, but it wouldn’t surprise me if they would get canceled too. Here’s how the WP tour dates look as of now: